Here are the links to all resources listed in The Parents’ Guide to Climate Revolution.

Here’s the 4-pg artwork from chapter 26 (by Hannah Peck, age 19) that clearly explains, for all ages, how fossil fuels are made — and why we must now leave them underground. 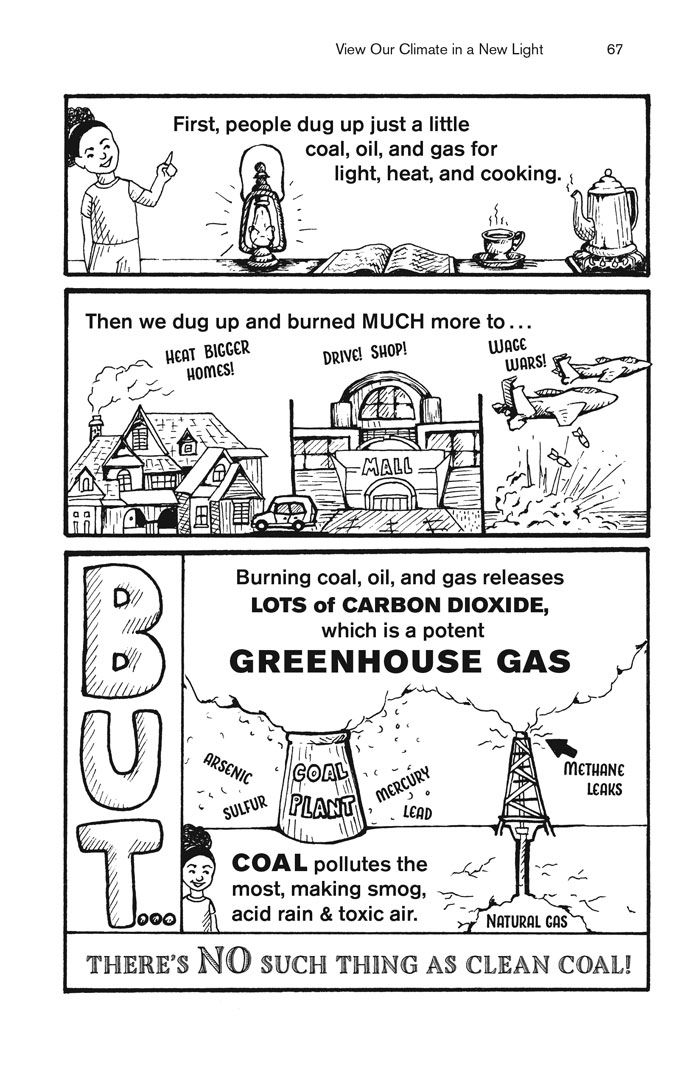 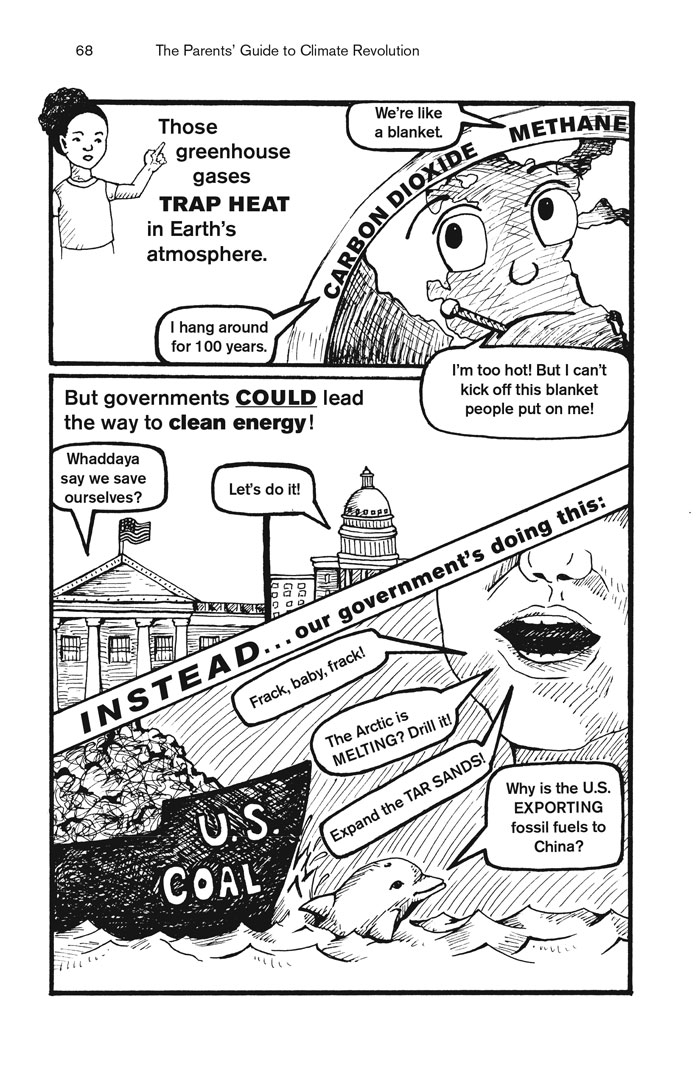 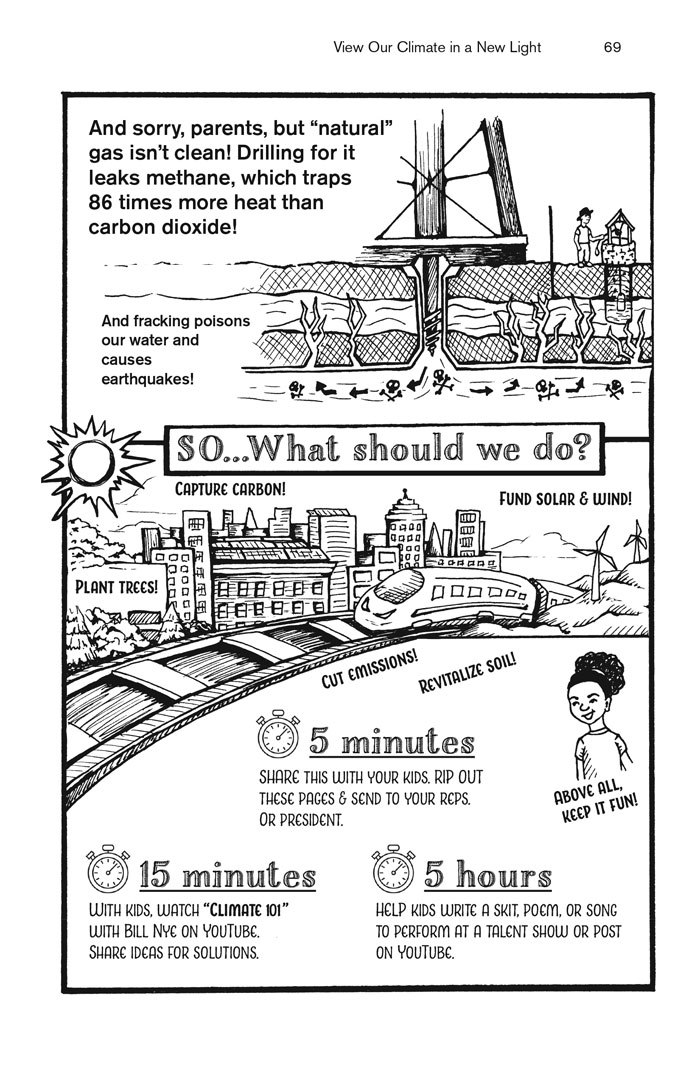 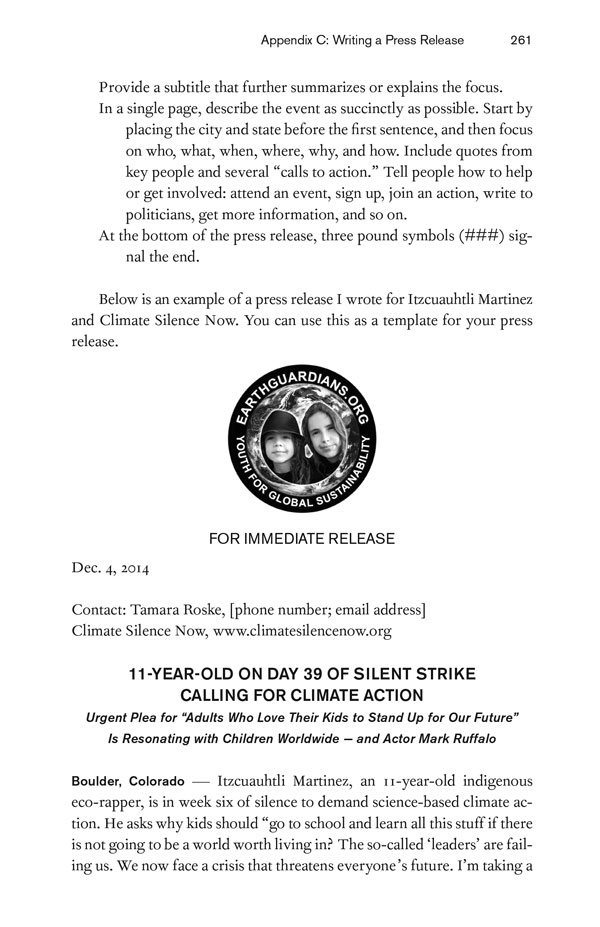 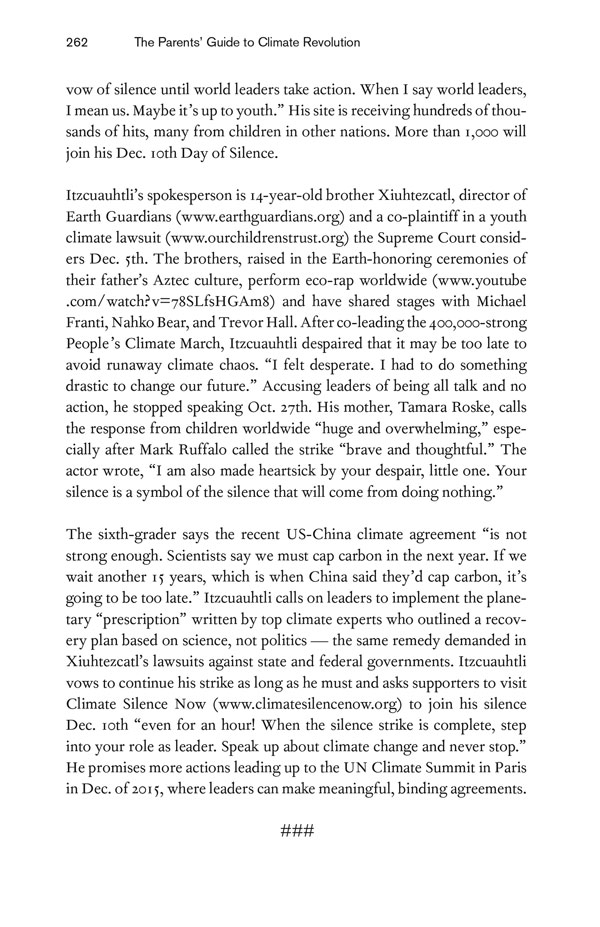 The Common Ground of the Human Heart: The role of love in our quest for climate recovery:      Bill McKibben’s remarks

Well hello, everybody. I wish I were there with you in Eugene. This conference, year after year after year, is so incredibly important, but I’m glad to be able to join you by low-carbon Skype since I can’t be there in person. I’m off in Sweden, at the moment, where one of the phenomena I want to talk about at the moment is really taking place, where young people, led by the remarkable Greta Thunberg, are standing up and building the kind of movement we desperately need.

This is a sentimental occasion to me for a couple of reasons. One is that one of the panelists there is one of my oldest friends in the whole world. Ruhi, hello! It’s just wonderful to think of you out there with your congregation in Eugene and to think of you doing this work, and we wish you well from back East. I know the other people on this panel, too, and I admire and respect the heck out of them. Also, I can’t think of this conference without thinking of the last time I was there in person, and David Brower—some of you may know him—was there and it was towards the end of his life, perhaps the last time he came there. Of course, we stayed up all night in the bar talking and plotting and thinking. His great love of the world around us and the people who are trying to protect it, well, that’s something I never lose track of – [he was a] great being.

Let’s talk about love, and about intergenerational ethics for a moment. This is a remarkable moment in our history. The biggest impetus right now for action on climate change is coming from young people, the youngest people. We see it in this country with the Green New Deal. People like the Sunrise Movement are working incredibly hard, dealing with the legislative pitfalls and bear traps of Washington and somehow are able to bring that beautiful vision. We see it with those climate strikes that Greta Thunberg started that have spread far and wide. March 15th is the next big date, all around the world, keep on it.

We very much need how to figure out how to back up kids in this work. We see some of that happening already with the tremendous kid lawsuits that have come out of Eugene there, that are a great gift, helping bring that message, and we need to see it more. We need to have the biggest walkouts ever across our society, to back up kids. We need to be able to say to kids, “We have your back.” It’s not up to 5th graders and 8th graders–and not even up to college kids—to solve this problem for us. They can provide us with the leadership that comes with knowing that they’re going to have to spend their entire lives dealing with this, but the rest of us are going to have to meet that, and we have to be able to say, “We’re gonna do our part, and our part is large.” If we don’t, well, how ignominious is to be the first generation in history that leaves the world in profoundly worse shape than we found it? What kind of people do that?

[That] can’t be our legacy. It’s gotta be that we’re the people who decided that this is the challenge that faced us in this time, and stood up to it. [It’s] not the first time that people have had to deal with something hard in their lifetimes. Look, our grandparents had to stand up to fascism in Europe. They had to go across the ocean and kill or be killed. We don’t have to do that. We don’t have to kill anybody! We get to save people. And we get to do it by demonstrating that we can, well, we can build enough non-violent creative power to take on the unholy power of the fossil fuel industry, the thing that’s holding us back.

There’s no longer any mystery about any of this. We know we have a huge problem. I’m not going to bother to tell you all that you already know about climate change, it’s the biggest problem humans have ever faced. We know we have the solutions—I’m not going to bother to tell you everything about renewable energy, because you’ve watched like I have over the last ten years as engineers have done their job to bring the cost of it down to the point that it makes total economic sense to replace what we’ve got at the moment. I’m not going to tell you about those things. All I’m going to tell you that we have the tools, and they were given to us by those 20th century pioneers, like Gandhi and Dr. King, the suffragettes, like Ella Baker, all the people who demonstrated what creative movement building can look like. And if we seize those tools and use them now, then we have a chance to match the money power of the fossil fuel industry, and if we match that money, then we have the chance, not to stop climate change, that’s no longer an option, sad to say, but we do have a chance to slow it to the point where perhaps it won’t take down our civilizations, and that is an extraordinarily high calling.

It’s either a burden or it’s a privilege—I guess some of both— I prefer to think of it as the latter. We’re the people right now who face this enormous challenge and who are in a place to do something about it. Very few people in their lives ever get to look around and say, “I’m actually doing the most important thing I can be doing in the world right now” but you guys are on that list. Those of you who are engaged in this climate fight, and  giving it everything you have, there’s nothing more important that you can be doing in the world, so thank you for it so much. Bless you all, and I’ll look forward to working side-by-side with you in the years ahead. On we go, everybody.